Posted by cmbutzer on Dec 14, 2015 in Uncategorized | No Comments 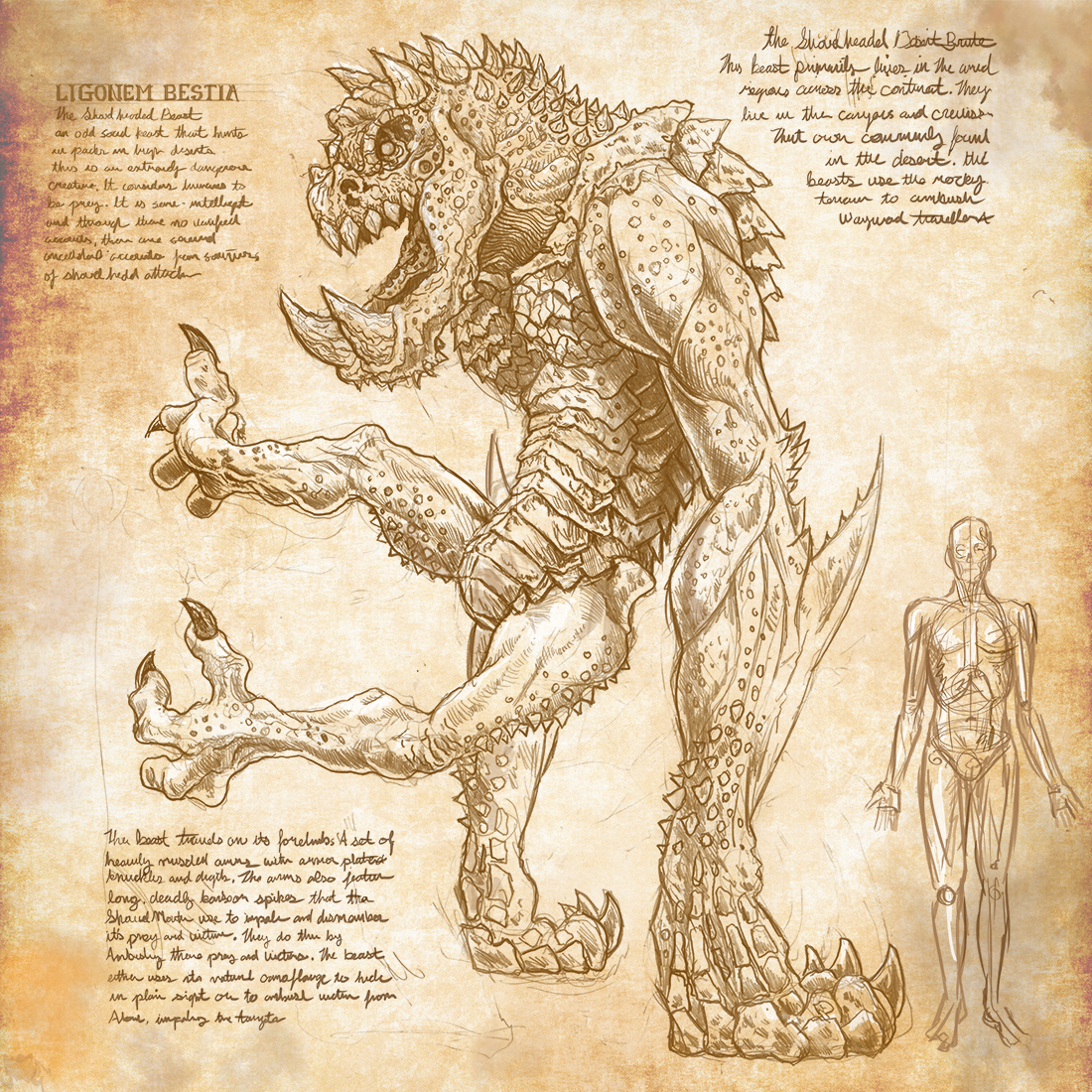 I originally intended this monster to be the main opponent of my robot in my ROBOT vs. MONSTER zine but as I was finishing the drawing the concept just didn’t say “I knock down building for the joy of it”. That happens sometimes to me. I get really into the drawing a creature that I could believe in so I start thinking about the monster I’m creating as more of an actual animal than just a beast of destruction. Well, that’s how this guy got away from its intended purpose and developed a life of it’s own.

So, I present Ligonem Bestia (the Shovel Beast) or more commonly known as the Shovel Head or Shovel Headed Beast.