Posted by cmbutzer on Nov 8, 2015 in Uncategorized | No Comments 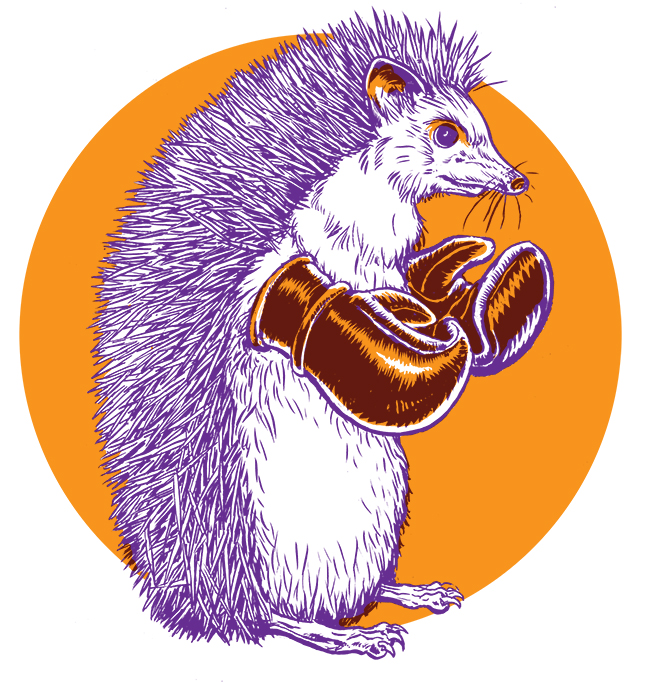 The Short-run indie press expo in Seattle was good fun. I haven’t been back to Seattle in nearly 15 years so it was quite a shock for me to see how much it’s changed. Dick’s was still on Broadway so not everything was ruined though when I passed it I wasn’t intoxicated or hungry- eating a Dick’s special straight might have changed my mind.

This year has not been might best year for updating my newsfeed and as I’ve done in the past when this happens I double down and force myself to post stuff. So, starting now. TEN days of Boxing Animals! I’ve drawn a few boxing animals but I haven’t drawn ten, so this will be a mix of new and old! I’ve silkscreened almost every boxing animal I’ve drawn and would like to reach that number of 10 so it could be a nice wall of weird boxing animals.

Above is one of my favorites! the Boxing Hedgehog!