Posted by cmbutzer on Jan 9, 2015 in Uncategorized | No Comments 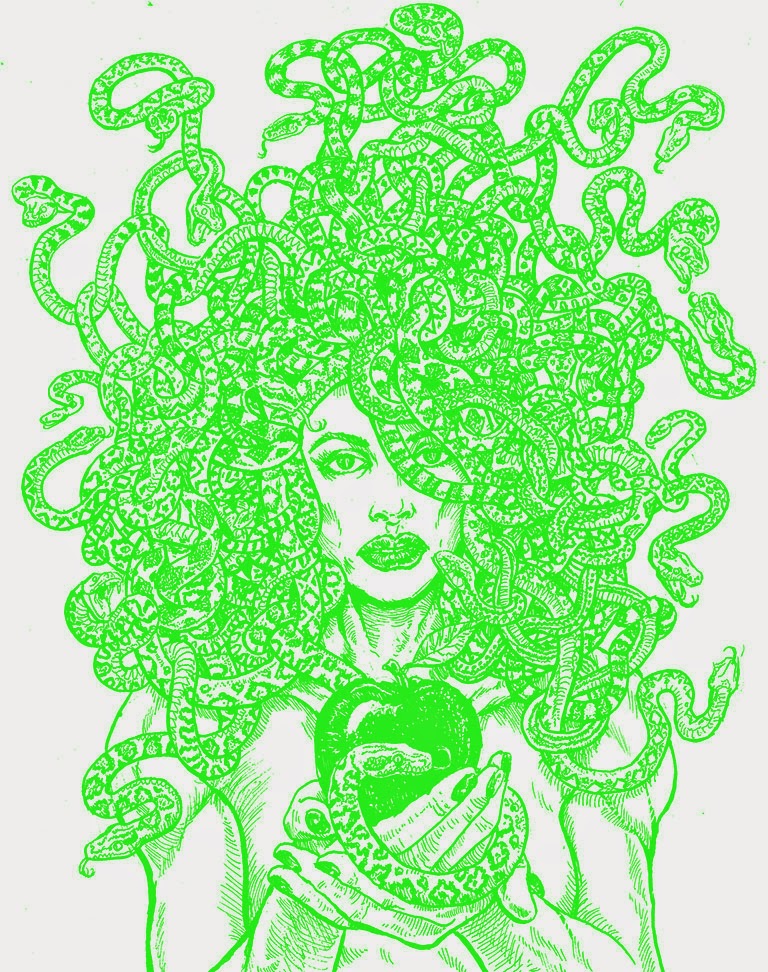 I’ll be exhibiting for the first time at the LA Zinefest! Along with my studio-mate Jen Tong, Her BF Joel Alter, and former studio-mate, good friend, and new LA resident Sung Yoon Choi! I’m really looking forward to it and it’s SOON! Just more than a month away. I’ve got to get busy! I’m not a fast zine maker, quite the opposite. Aside of my illustration, comic, storyboarding, silkscreening, and GTA V work, when it comes to zine making I am ponderous. I spend a lot of time just sketching and mulling over an idea before it ever becomes real (anyone who follows my comics understands that I’m slower than a frozen snail). It’s not that I want to be slow or that I lack ideas, it’s just when I do get an idea… for lack of a better analogy. I percolate on it until… until it makes a good cup of coffee.

IF you’re in the greater Los Angeles area I expect to see you in a month! Meanwhile- I have no idea what or how or whatever I’m going to do with this rad Medusa drawing but something must be done!