Posted by cmbutzer on Aug 12, 2014 in Uncategorized | No Comments 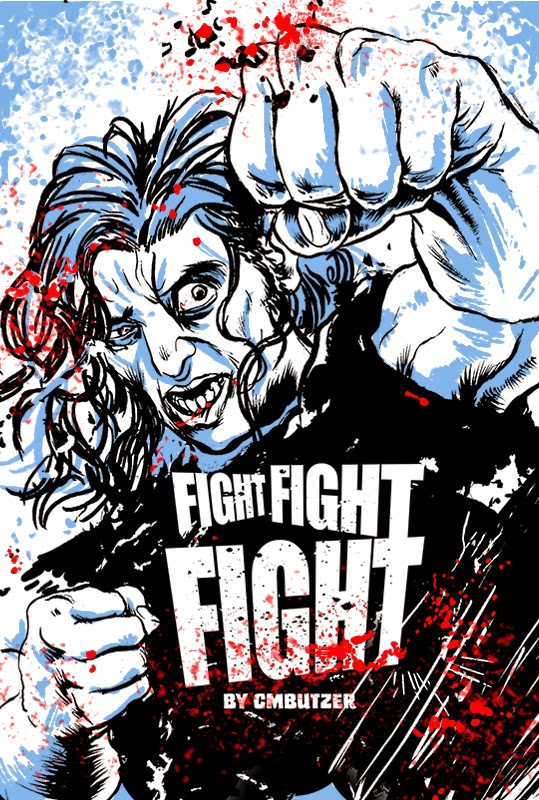 There probably few who are familiar with my comic “fight!Fight!FIGHT!” Mainly, actually completely because I’ve only released it as risographed zine that I only sell at festivals. That’s changing RIGHT NOW! I’m going to put the entire thing up on tumblr as a webcomic- is it just gnarly ol’scans that I’m putting up? no sir, completely remastered and colored for a medium. I will be putting up a new page everyday (that I’m around the computer) until they run out- and since I’ve already posted 4 pages to get it running there’s about thirty or so days left- Check it here!