Posted by cmbutzer on Dec 30, 2012 in Uncategorized | No Comments 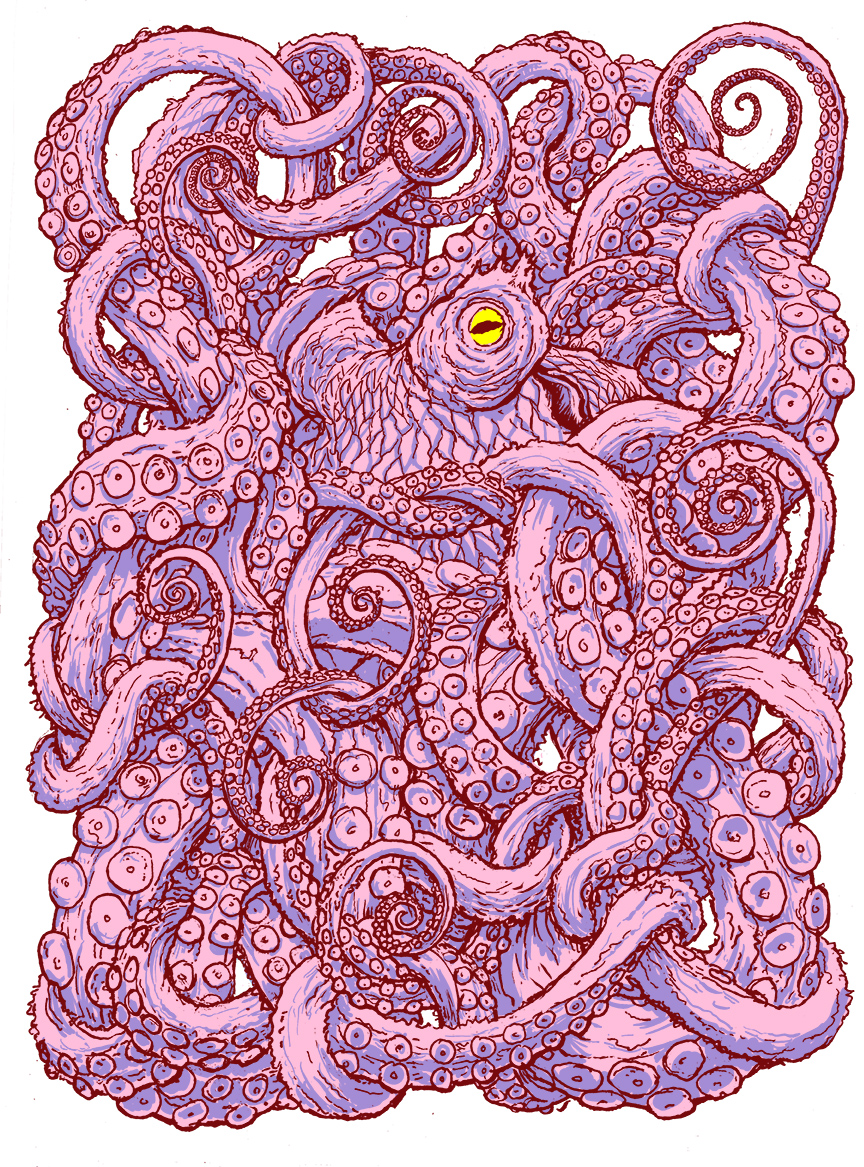 Twas an alright year but now it’s about to be over. I thought it’s best to send it out with an Octopus. Why an Octopus? why not an Octopus. So, goodbye 2012! we didn’t all die, we re-elected a president (which, some view as the same as dying- they’re just being a tad bit over dramatic), we witnessed some pretty tragic things from Connecticut to Sandy- hopefully we’ll learn from those events and actually do better. Let’s hope for that.

Up next. 2013 when I’ll silkscreen that cephalopod.