Posted by cmbutzer on Dec 19, 2010 in Uncategorized | No Comments 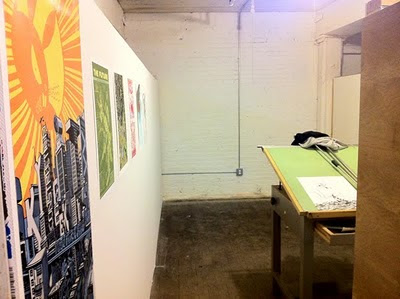 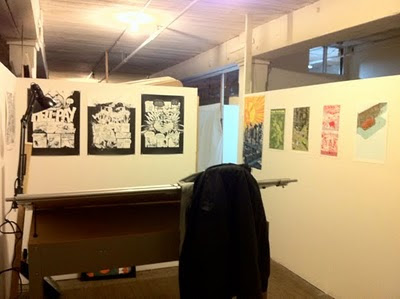 I’ve just started moving into a new studio space! Here’s a few pic’s I snapped as you can see it’s just starting to come together. I’ll be sharing the space with famed illustrator and Rabid Rabbit co-founder Paul Hoppe. He’ll be filling the empty part space when he gets back from his holiday. The space is part of the Fowler Arts Collective which holds all sorts of happenings and whatnots which of course I’ll post here. That desk in the photo is massive- bigger than any desk I’ve ever had before- on that note it is also insanely heavy and from New Jersey (Thanks Corey for the help!) and at some point might justify a comic story about how much I didn’t know that I would hate the Lincoln Tunnel.