The work of David Mazzucchelli

Posted by cmbutzer on Jul 17, 2009 in Uncategorized | No Comments 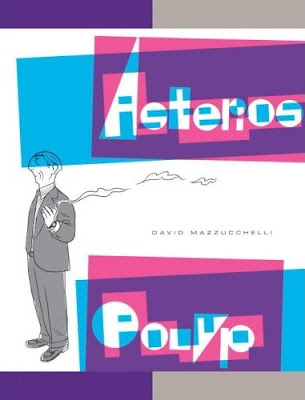 Tonight I attended a discussion/talk of with comic creator David Mazzucchelli at MoCCA conducted by by Dan Nadel of Picturebox. It’s no secret to anyone that I’m a huge fan of Mazzucchelli’s work from his early superhero stuff to his most recent book, the incredible- jaw-dropping Asterios Polyp (I cannot recommend strongly enough getting this book). So much was I an enthusiast of his work that I was exceptionally lucky when he agreed to be my graduate thesis advisor at SVA. I was pretty lost in grad school- I had been a professional illustrator for years but really wanted to draw comics but I wasn’t sure exactly how to do that (it’s the reason I was there). David patiently and expertly guided me as I terribly stumbled both in style and storytelling. I still have much to learn about creating comics- but the the foundations He taught me have made all the difference.

I love creating comics- David has been a direct and important influence on my work.

If you’re in New York- or near check out his his show at MOCCA!