Posted by cmbutzer on Apr 21, 2016 in Uncategorized | No Comments 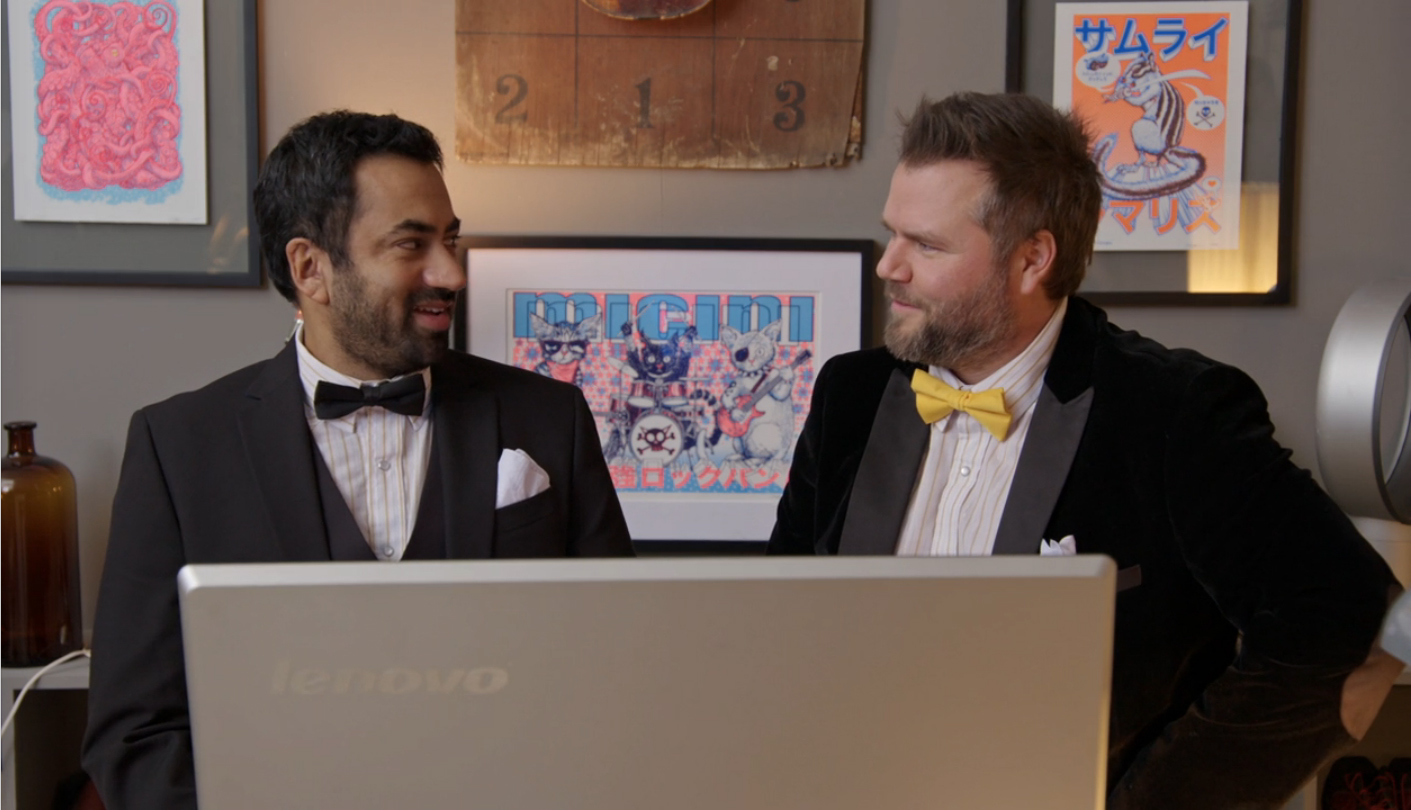 Last fall the set designer from the Hulu TV series DeadBeat contacted me about using my silkscreen prints for decorating the set of a new character being introduced in season 3. That was all information I was given. New character, new set, my work would be perfect. I’m a fan of the show so I thought “sweet” and licensed a bunch of my prints.

If you don’t know about the show- it’s about a stoner who can see ghosts and he helps them resolve whatever issue they have left so they can move on. It’s silly and funny and worth watching.

Yesterday- 4/20 season 3 debuted (yes the show is not subtle but that’s also what makes it good). I was waiting to see which character would get my stuff as set decoration. The first new character they introduce is a girl- who is a necrophiliac. yep necrophilia girl. A lot of girls dig my stuff so I was a bit like “Oh No! does necrophilia girl have my stuff on her walls?” Well as I continued to watch the episode they introduce Kal Penn/Clyde! to the cast! But as I’m a sexist idiot and still thought my work was for a girl character- but by episode 3 I found out my work decorates Clyde’s apartment!

So basically- My work is on Kumar’s walls!