Posted by cmbutzer on Oct 20, 2015 in Uncategorized | No Comments 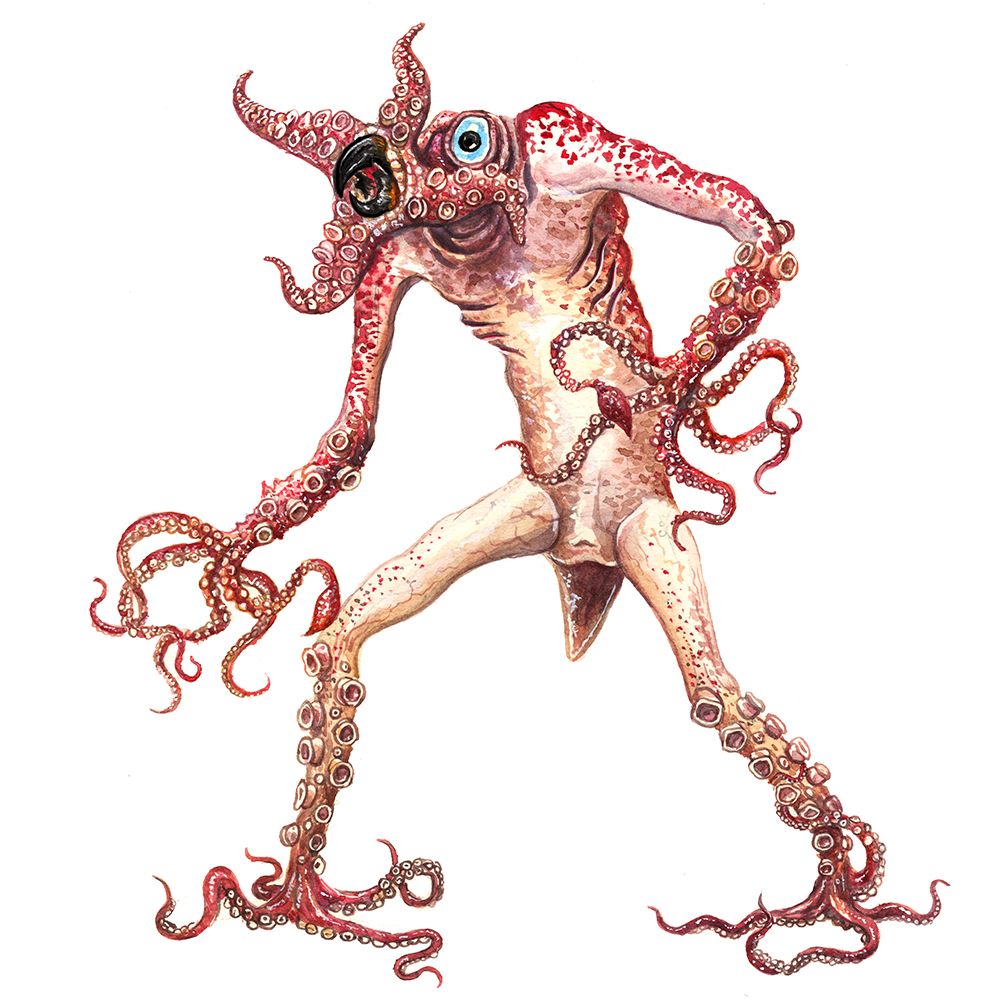 In the run up to Halloween I painted this yesterday. A man-squid monstrosity. I’ve been toying with doing a book of monsters for a while since I like drawing and painting them so much and also letting people use them for as new monsters for their role playing games. If I do commit to that I’d definitely go back and give stats to several of the monsters I’ve designed before.

I haven’t played D&D in quite some time so you’ll have to bear with me if I don’t remember all the stats and properties that are required to play them properly. So, if I miss anything feel free to fill in the blanks. On that note too, last time I really enjoyed playing D&D was with the 3.5 Edition. In many ways the 4th Edition kind of killed the game for me. I’ve heard good things about the fifth edition but have had no time to check it out.  Below are the this guys stats and description.

Special Qualities: Amphibious, Ink Cloud (disperses 10×10 cloud of ink that obscures all vision on land the ink creates a 10×10 slippery puddle in which a dexterity check of 12 is required by anyone standing in it to remain standing)

The Squiduggar are bipedal semi-intelligent nomadic cephalopods that travel the salt oceans across the map. They are opportunists and will tend to only attack those that they can easily overwhelm, if confronted by a stronger force they will try to flee.  Squiduggars speak in a their own language of beak clicks that has yet to be translated. Communicating with them will be very difficult without the use of magic. Aside of the sharp beak, Squiduggars have no bones in their bodies, instead a complex system of semi-rigid cartilage making it very difficult to bind or jail them because they can easily slip out. While Squiduggars prefer to stay in water they have been known to raid seaside and canaled settlements taking advantage of their aquatic and difficult to imprison abilities.

They tend not to carry weapons preferring to grapple and constrict their enemies while finishing them with a powerful bite from their beaked mouth. When they do use weapons they use harpoons and spears.