Posted by cmbutzer on Apr 1, 2014 in Uncategorized | No Comments 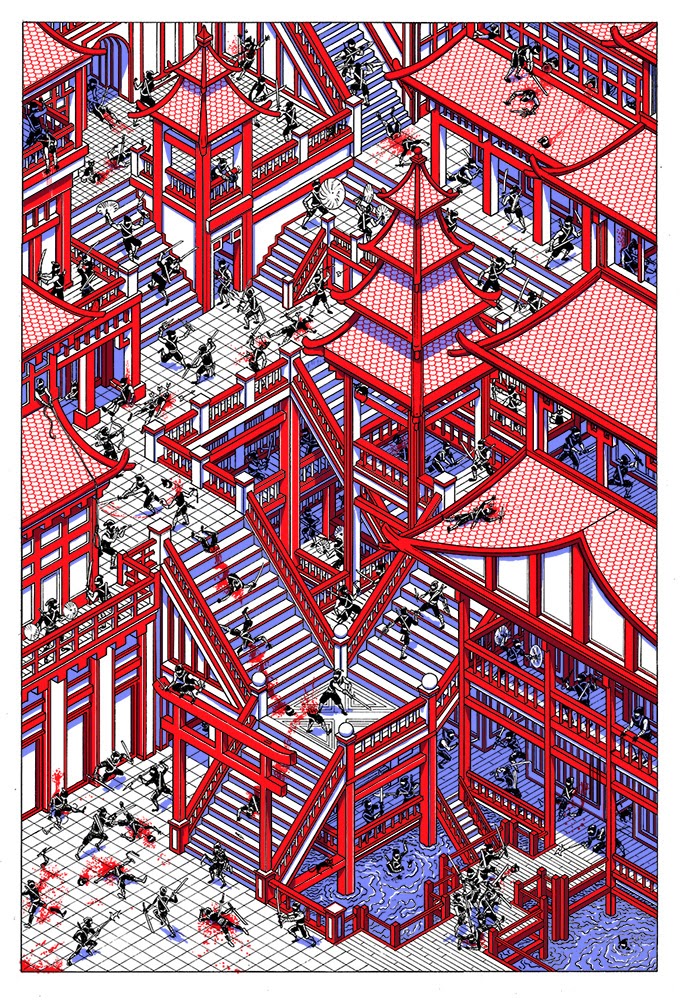 It’s been a couple of years since I’ve exhibited at the MoCCA festival and I can happily say that I’m excited to do so this year- That is a significant change from the past in which poor management and ever increasing exhibitor/attendee fees had seen the sink into a rapid decline from it’s glory days at the Puck Building. Now that Society of Illustrators is running the show (which I had serious trepidations about- the society had treated comics like the red headed step child in the past) the show is on uprise- even though it’s still in the Armory- the society has done some simple but dramatic changes to make the MoCCA Festival so much better!

So, come by! I’ll be at Table C-20! Along with my studio mates- Aya Kakeda, Jen Tong, Tory Sica, S.Y. Choi, Kim Sielbeck, and our studio mascot- Anuj Shrestha.

I made this print “100 Ninjas” specifically for MoCCA!

For more info about the festival is found HERE 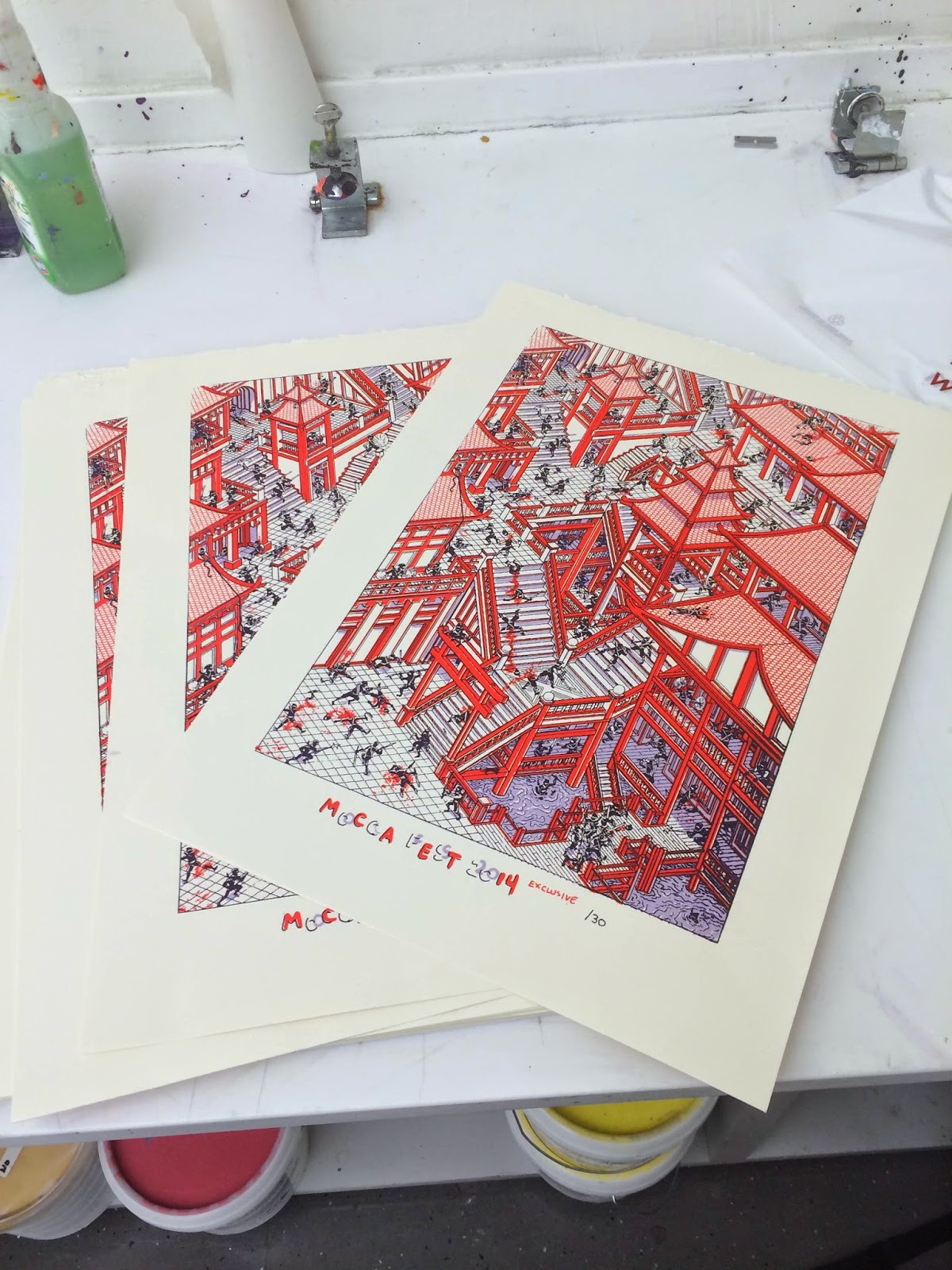